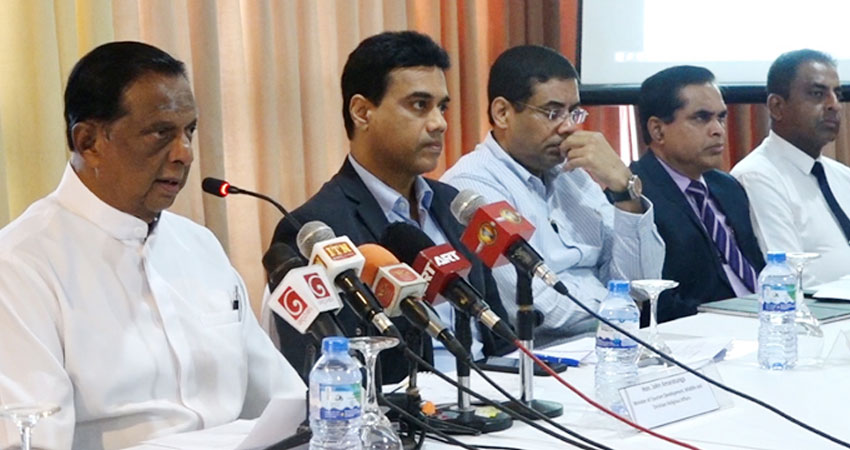 The Bohra Global Conference 2019 will bring as many as 25,000 tourists to Sri Lanka from September 01 to 10, boosting post-Easter Sunday tourism, a minister said. “As many as 25,000 Bohras will travel from over 40 countries,” Tourism Development Minister John Amaratunga said. “This will help re-establish Sri Lanka as a safe destination,” he said. “The endorsement we receive from the event being held here is crucial,” he said.

Amaratunga said that Bohra Global Conference is the largest international event to be held in Sri Lanka, and will generate at least 50 million US dollars in foreign exchange through hotel bookings, excursions and shopping. It is also the largest event to be hosted in the capital Colombo in recent times, he said. Tourist arrivals to Sri Lanka in August are expected to fall only 12.7 percent to 175,000 visitors, recovering from a 70.8 percent plunge in May just after the bombings. Processes at the airport are being revamped to handle the sudden influx of 25,000 people, Amaratunga said.

“We need to ensure there are short queues. The airport is the first impression a visitor has of the country.” The free visa program which nationals from 48 countries are eligible for is being expanded to include all countries for the Bohra conference delegates, Amaratunga said. The religious event will take place from September 01 to 10 at Sri Lanka’s Bohra Headquarters in Bambalapitiya, but some delegates have already started arriving, he said.

Over 600,000 meals will be served at the event over the 10 days, Amaratunga said. “Hotels in Colombo are fully booked for the duration of the event,” he said. “Around 3,000 hotel rooms are booked in formal sector,” he said. Most of the visitors are staying in informal sector, which many hotels are trying to regulate further through lobbying. “They are fanatically looking for accommodation in the informal sector hotels, and even apartments not registered with SLTDA,” Amaratunga said. “Some have booked in Negombo, Ratmalana and Mount Lavinia,” he said. Sri Lanka Tourism Promotions Bureau Managing Director Chamalie Maelge said that visitors have booked hotels on the coastal areas running from Negombo in Colombo’s north to the city of Galle in Sri Lanka’s south. “They will commute, taking advantage of the highways,” she said. “The last time they held the conference, I was in Beruwala, and all the hotels in the area were fully booked,” she said. Around 12,000 Bohras had arrived when the conference was last held in Sri Lanka in 2007.

The event is being held in Sri Lanka for the sixth time. Amaratunga said that negotiations were tough to retain the business with Sri Lanka after the Easter Sunday attacks. “It took a long time to convince them of the security situation.” “It was a battle and was worth having it, to show that Sri Lanka is absolutely safe to travel to.” “Intelligence services say that there is no imminent threat.” Amaratunga said that all government authorities and service providers should work to ensure that the event goes off perfectly.